Located in Cruzille, Emmanuel’s family comes from five generations of Burgundian grape growers and barrel makers. Emmanuel’s grandfather was a pioneer in organic viticulture and created the first organic vineyard in Burgundy in 1954 (certified since 1991). The story of the small town of Cruzille becoming the birthplace of organic agriculture in Burgundy is truly unbelievable. Today, the Domaine is run by brothers Emmanuel and Patrice, who maintain their family’s historic winemaking and vineyard practices that are rooted in deep respect for both wine and the land.

Emmanuel’s grandfather, Pierre Guillot, was a notary in Paris during World War II and was taken prisoner by the Nazis when they occupied the city. He managed to escape the camp and fled south to the “free zone” in southern Burgundy. Surrounded by winemakers, he started asking questions about agricultural practices that left him unsatisfied. In a ghastly twist, he also discovered that many of the pesticides used in the vineyards were developed in the concentration camps of Nazi Germany. Having been a prisoner himself, the idea of using pesticides in the natural beauty of the vineyards of the Mâconnais was totally unthinkable. He went on to meet Max Léglise, the head of the French National Institute of Agriculture Research, and they set out on the great adventure of making organic wines.

This vineyard is situated on a slope in Cruzille that was known historically for its reds. La Myotte is quite a cold terroir where the flowering period is often difficult, and the grapes ripen late. This leads to excellent wines in warmer years. La Myotte is on the same terroir as Beaumont (planted with Gamay), but planted with Pinot Noir. It is very interesting to be able to compare the two.

Situated on the same terroir as the white wine of the same name, the Pinots in the Genièvrières have been planted in three different places: two on quite shallow soil cover, bringing structure to the wine; and the third on terraces that have more soil cover, giving a fruitier side to the wine. The wines from these three areas are blended into one cuvee, Les Genièvrières Rouge. This wine has the elegance and minerality to warrant being aged.

This vineyard is east facing, as are all of the vineyards in Cruzille. It is situated mid-slope, with 10,000 plants/hectare, and the soil is Bathonian clayey-limestone. On this rich soil, it is important to rein in the vines in order to let the grapes reach the right maturity. They use the short pruning method en cordon Royat for all the Gamay vines on the estate, to restrain the natural vigorous growth of this grape variety. Grown on the clayey limestone soils of the Mâconnais, this wine has very particular peppery and spicy notes. Beaumont is an emblematic cuvee of the Domaine, a real Gamay with a Burgundy style.

This is the Domaine’s newest terroir, and they believe it will be one of the best. When they bought this plot for less than 800€, it had been abandoned since the phylloxera crisis. The clos, surrounded by a dry stone wall nearly two meters high, was originally owned by the Abbey of Cluny. It took nearly ten years to get the land ready for planting: The soil had to be prepared and the vineyard adapted to tractor use, all while ensuring they kept the walls! The replant started in 2011 and in 2015 the vineyard produced the first vintage. It is already as mineral and complex as Les Perrières, and will no doubt be an exceptional wine in years to come.

This vineyard is very picturesque, with its three terraces supported by dry-stone walls, surrounded by woods. The soil is very stony, hence the name ‘Les Perrières’ (the stony place). It is composed of oolitic limestone (microscopic fossils) and is very rich in iron and manganese. The wines are particularly suitable for ageing (20 to 30 years for the best vintages).

Les Molières is situated in the village of Grevilly (one of the three villages that make up the appellation of Cruzille) and is oriented south-west. The soil is mainly red marl, on a bedrock of thick limestone. What makes Les Molières special is that it was planted (in 1936) with a variety of Chardonnay known as Chardonnay Muscaté, an old cross between Chardonnay and small-berried Muscat de Rivesaltes. The wine is always very aromatic thanks to the influence of the Muscat grape, but also saline and mineral because of the strong limestone terroir. It is the oldest vineyard of the Domaine.

Although there is only a path separating Les Combettes from Les Genièvrières, the two terroirs are radically different. Les Combettes is very mineral, with a crispy bite. The wine is often more concentrated than Les Geniévrières, and it needs more time to come into its own. The appellation of Les Combettes is Mâcon Chardonnay (from the name of the village the vineyard is situated in, not the grape variety), and, thanks to the limestone bedrock having collapsed more than in Les Genièvrières, the vineyard is slightly more south facing, and is therefore warmer and the grapes ripen earlier. This, coupled with the low-yielding varieties of Chardonnay planted here, mean that the wines are always a little more rounded than Les Genièvrières.

Abandoned after the phylloxera crisis, this vineyard was cleared and replanted by Emmanuel’s father, Jean-Gérard in 1983. Aiming for quality, he decided to use low-yield rootstock, high planting density, Guyot Simple pruning and, of course, organic methods. This brings about a natural control of yield and optimum maturity. The Bathonian clay and limestone soils give the wine its distinct minerality.

This cuvee is a blend of several old Mâconnais vineyards. The wine is vinified in concrete vats, using indigenous yeasts. Part of the harvest is de-stemmed to bring a bit more finesse and elegance to the cuvee. The limestone terroirs give it its minerality and freshness; the granite terroirs, hints of camphor and dark fruits. 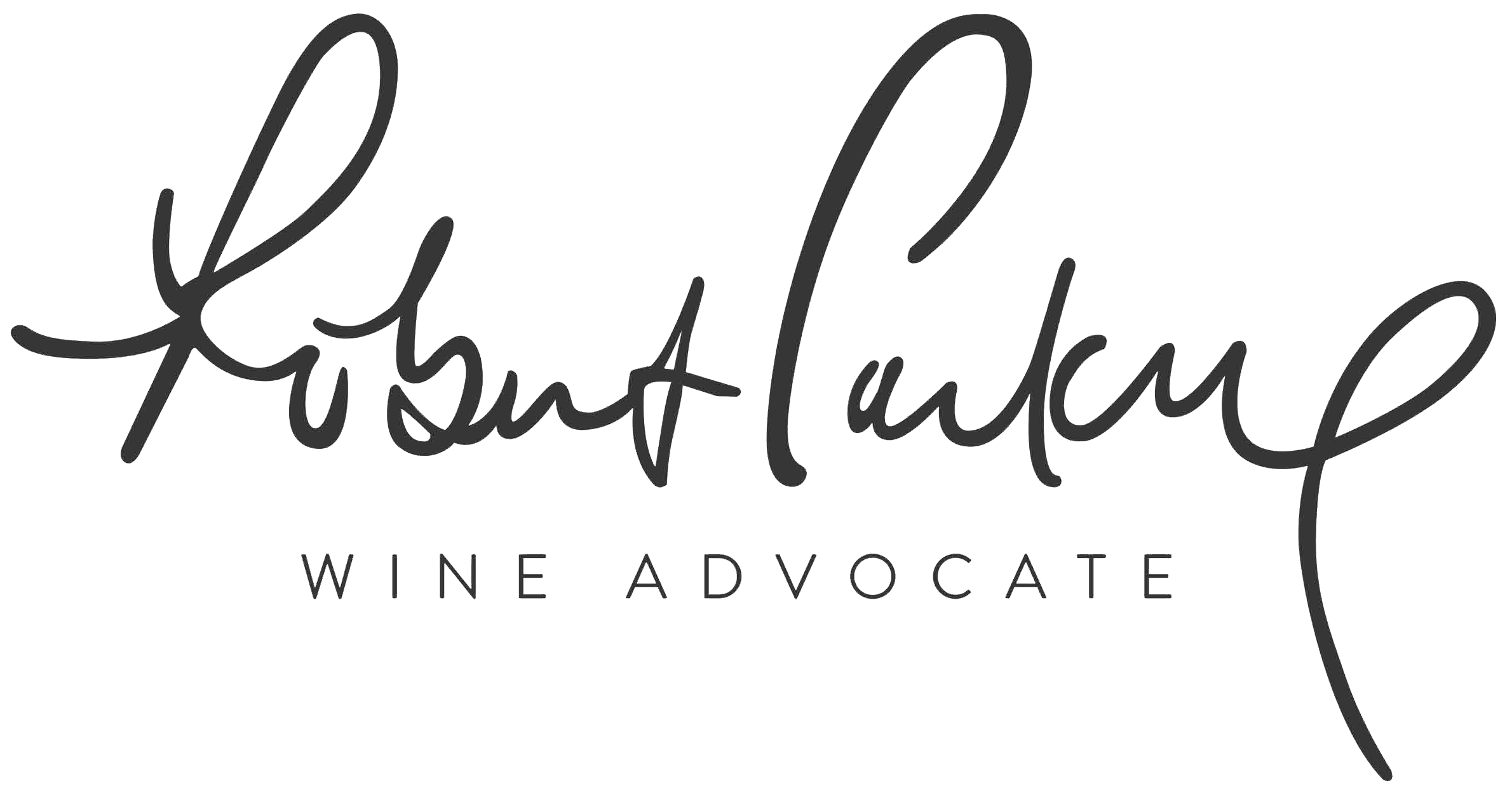 "From a parcel planted in 1954, the 2019 Bourgogne Pinot Noir La Myotte mingles aromas of plums, raw cocoa, spices, orange rind and peony in a complex mélange. Medium to full-bodied, lively and concentrated, it's built around lively acids and fine, powdery tannins, concluding with chalky grip on the finish. This is another Pinot Noir bottling from what is generally Gamay territory." - W.K.

"The 2019 Bourgogne Pinot Noir Les Geniévrières unwinds in the glass with notes of peonies, sweet red berries and plums. Medium to full-bodied, deep and sapid, with lively acids and powdery tannins, it concludes with a saline, perfumed finish. This Pinot Noir was vinified with 80% whole clusters and saw 18 months' élevage, and readers should plan on forgetting it in the cellar for a few years, as it's built to age." - W.K.

"Notes of peach, beeswax, white flowers, yellow orchard fruit and fresh bread preface the 2019 Mâcon-Chardonnay Les Combettes, a medium to full-bodied, rich and concentrated wine that's ample and enveloping, with chalky structure and a long, resonant finish. Les Combettes is adjacent to Genevrières (situated in the next valley over from Cruzille-proper, near the village of Grevilly), but more south-facing, attaining half a degree more natural alcohol as a result." - W.K.

"From Gamay vines planted in 1978 in the coolest of the domaine's red wine parcels, the 2019 Mâcon-Cruzille Beaumont exhibits notions of red berries, warm spices, smoke, raw cocoa and orange rind. Medium to full-bodied, lively and concentrated, it's deep and sapid, with powdery tannins and a long, floral finish. It was vinified without any destemming. As I wrote of its 2018 counterpart, this is a serious, inherently structured wine, so readers shouldn't be misled by the modest appellation into drinking it too soon: four or five years' bottle age will be richly rewarded." - W.K.

"The 2019 Mâcon-Cruzille Les Geniévrières is showing beautifully, wafting from the glass with notes of pear, lemon oil, dried white flowers and warm bread. Medium to full-bodied, with a fleshy core of concentrated fruit that's framed by chalky dry extract and underpinned by tangy acids, it has turned out especially well. Perhaps that's because Guillot opted to extend élevage to a year in barrel and fully six months in tank." - W.K.

"Bottled after 11 months' maturation, the 2019 Mâcon-Cruzille Les Molières derives from old-vine muscaté selections of Chardonnay planted on a rocky, south-facing slope. Bursting with aromas of pear, beeswax and blanched almonds, framed by light reduction, it's medium to full-bodied, satiny and fleshy, with a charming, demonstrative profile that belies its long track record of aging with grace." - W.K.

"The 2019 Mâcon-Cruzille Les Perrières is superb, unwinding in the glass with notes of citrus zest, blanched almonds, crisp Anjou pear, vanilla pod and white flowers. Medium to full-bodied, satiny and textural, with a deep and concentrated core that's girdled by chalky extract and racy acids, it's long and penetrating, concluding with a saline, nutmeg-inflected finish. Make no mistake, what's more: this is built to age and will be better at age 10 than it is at age five." - W.K. 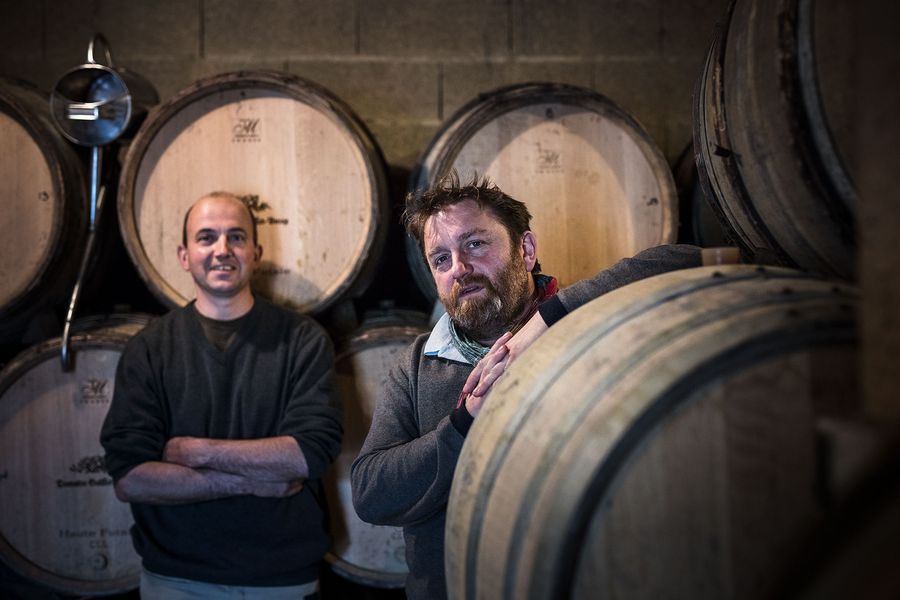 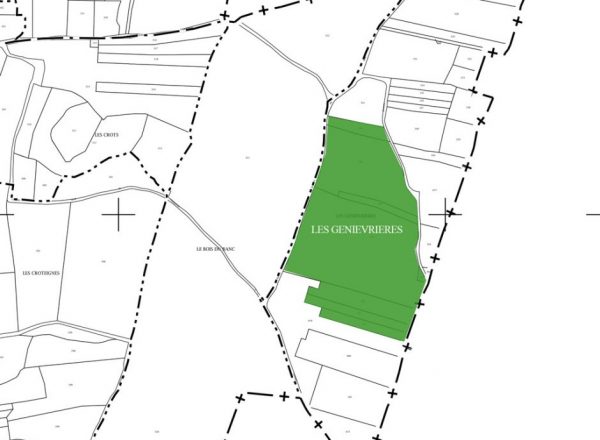 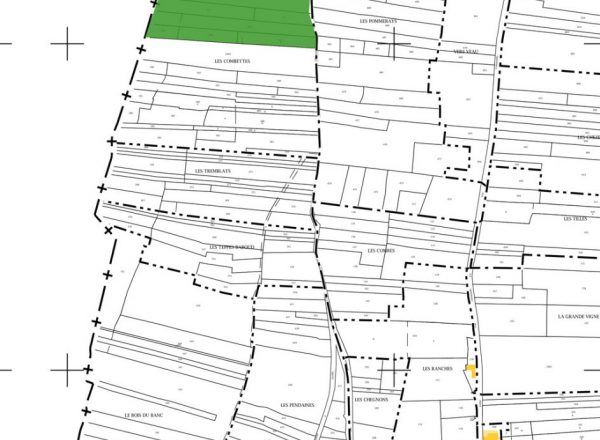 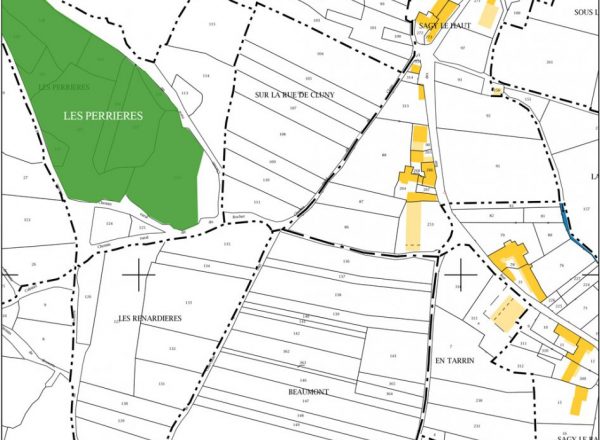 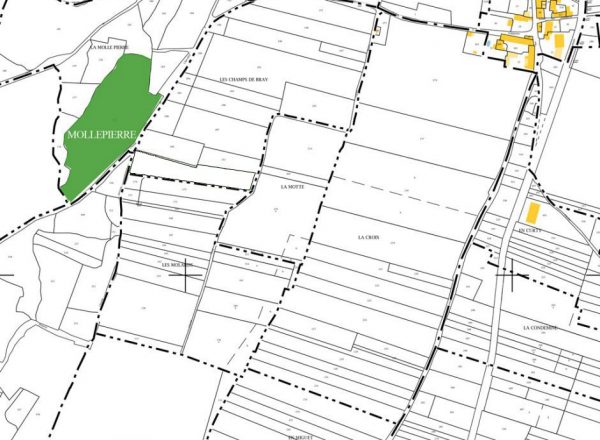 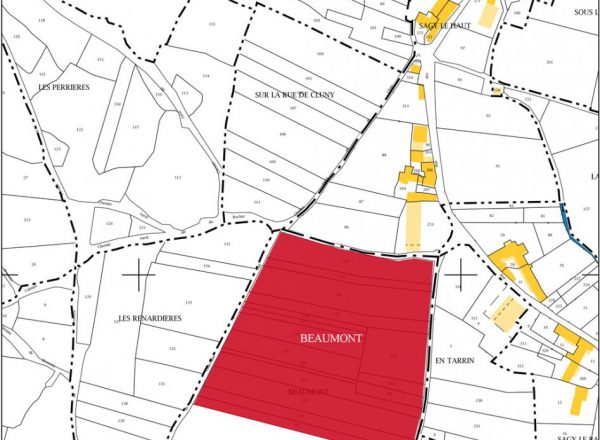 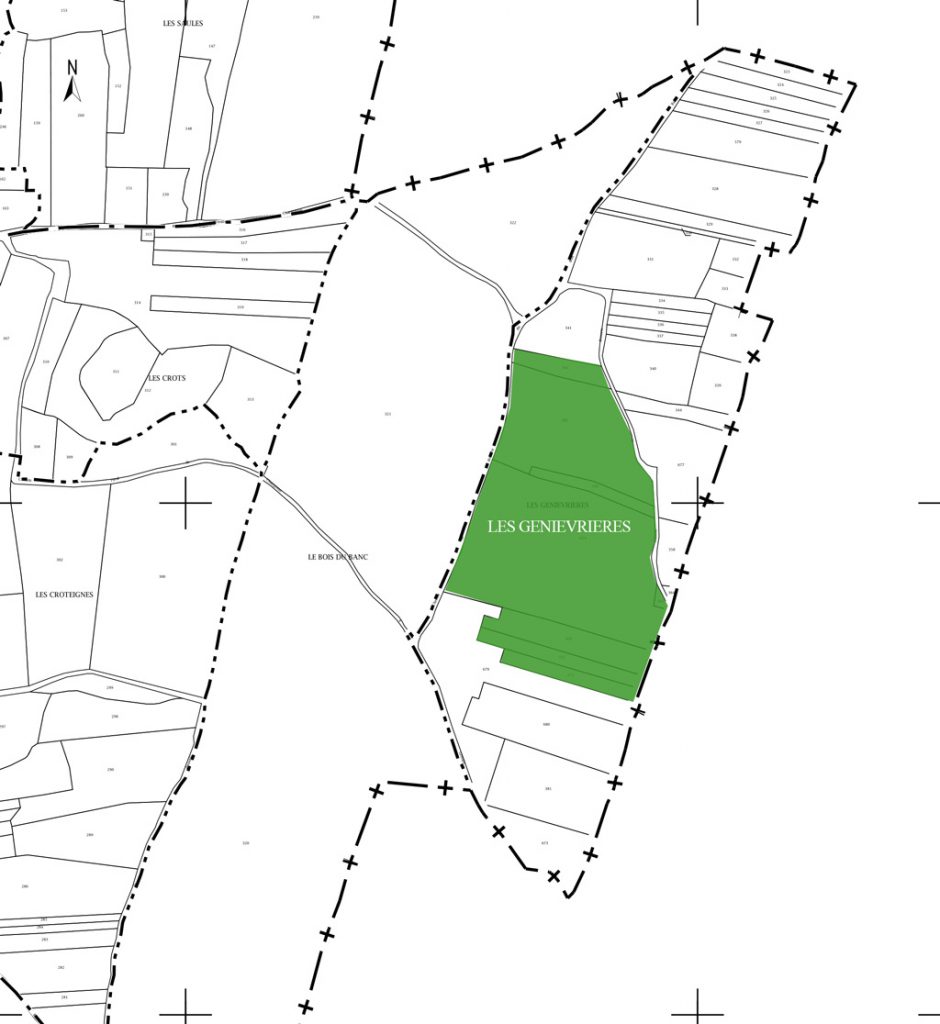 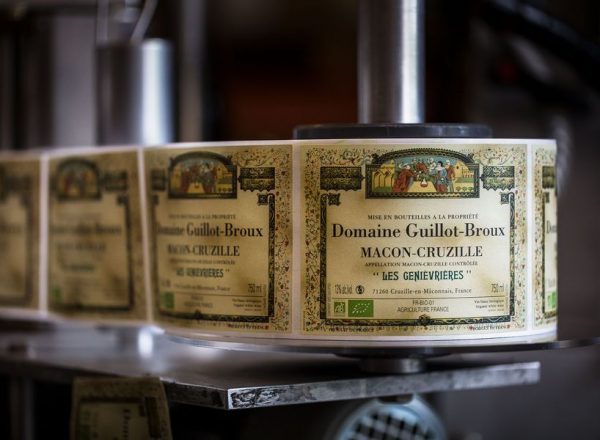 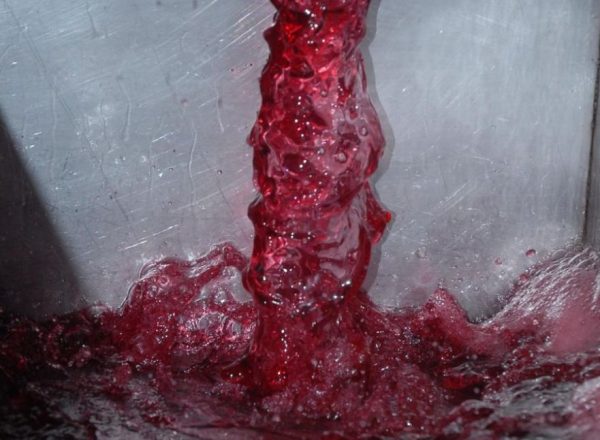 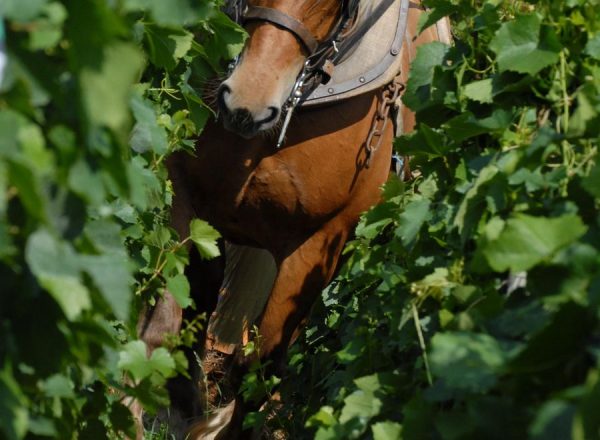 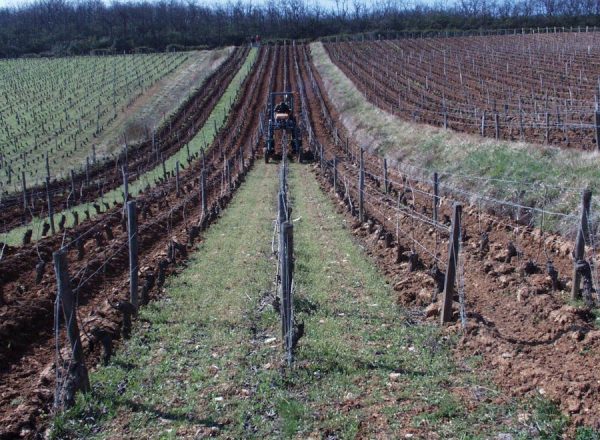 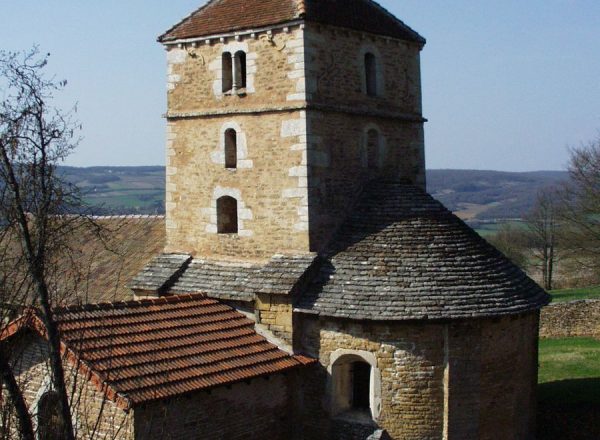 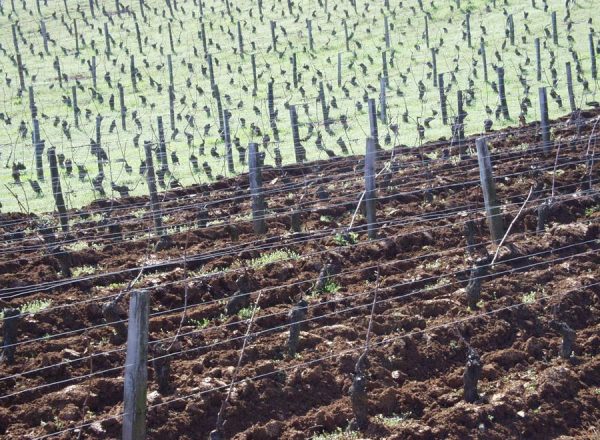 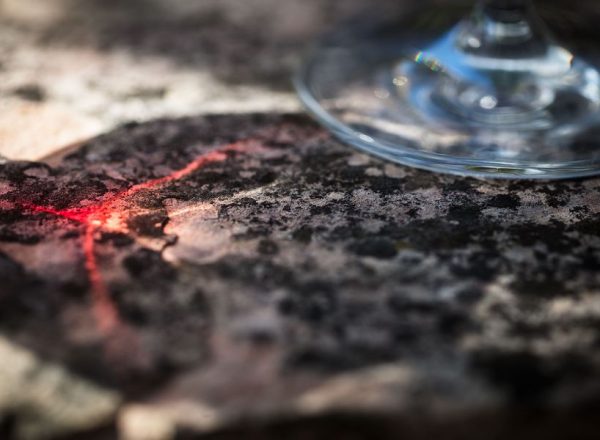 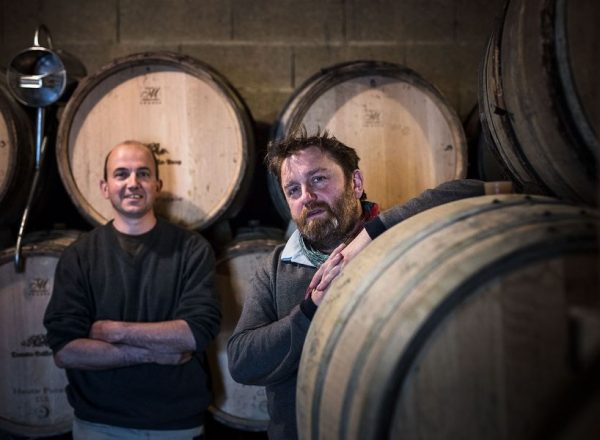 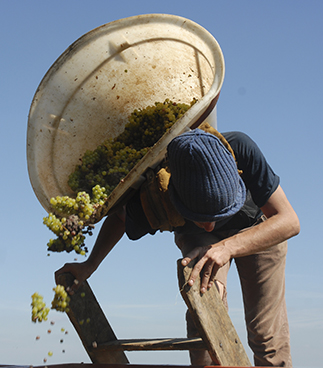 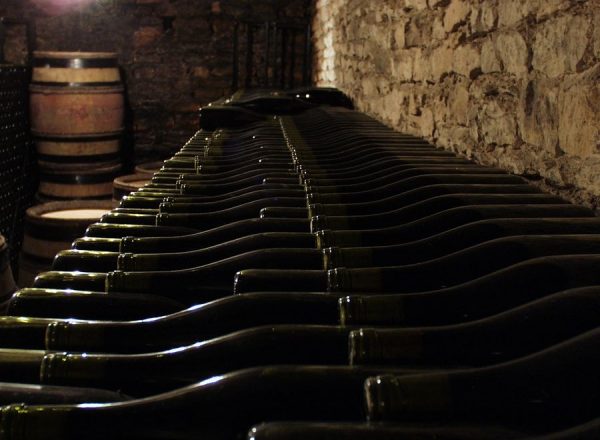 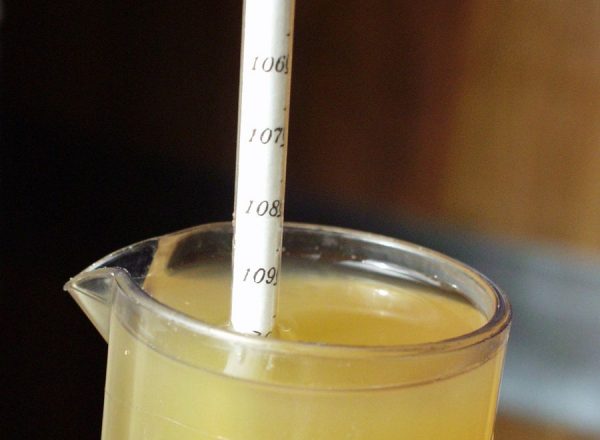 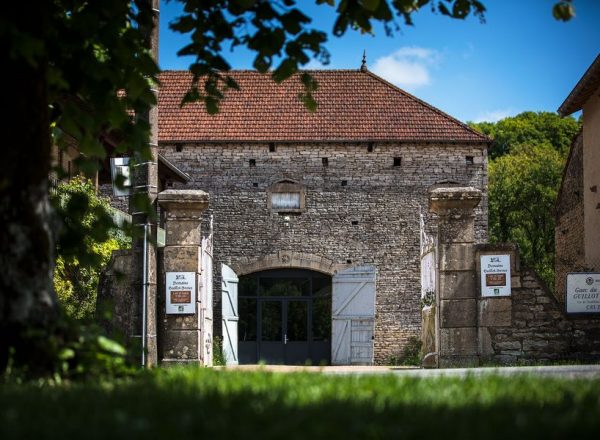