Tommasi has always been a standard bearer of the Amarone appellation, and one of the most important quality producers in the Veneto. Established in 1902 around the family home in Pedemonte in Valpolicella, the winery has grown and expanded into the choicest areas of the region under the guidance of the many generations of the Tommasi family. The winery is known above all for its classic approach to winemaking in Valpolicella, favoring elegance and balance, and paying homage to the winemaking tradition of their home region.

The family owns 284 acres in Valpolicella Classico, making them the single largest land owners in the area. Over the years they have steadily expanded their holdings in other areas of the Veneto and other regions, and now own a total of 1,400 acres under vine between the Veneto, Tuscany, Puglia, Basilicata and Oltrepo Pavese. As has been the case since the winery’s establishment, the family works only with grapes they grow, an important quality decision and reflection of their deep connection to the Valpolicella soil.

Tommasi is now run by the fourth generation of the family, six siblings and cousins who share different responsibilities at the winery. Giancarlo Tommasi is the principal winemaker, and studied winemaking the University of Udine in Friuli. Strict in his philosophy to respect the integrity of the terroir and the traditional ways of winemaking in Valpolicella, he dries all grapes for his Amarone in the traditional fruttaio room for at least three months, and prefers to age his wines in large oak casks over small barriques. Tommasi is known for this classic approach that favors elegance and balance, with deep fruit complimented by spicy, earthy flavors.

Giancarlo’s uncle, Sergio Tommasi, manages the viticulture at the estate. The five valleys of San Ambrogio, San Pietro in Cariano, Fumane, Marano and Negrar dominate the western, best and Classico-designated part of the region, and are often said to resemble the fingers of a hand. Tommasi’s vineyards are located in two of these valleys: Sant’ Ambrogio and San Pietro in Cariano. While they have a very traditional approach in the cellar, Tommasi is considered an innovator in the way they manage their vineyards. Tommasi was one of the first wineries to introduce the guyot method over the more traditional pergola system of vine-training, and their vineyards are planted at very high density, with resulting lower yields and fruit of increased complexity and concentration.

Tommasi Filodora represents the best of Prosecco: coming from Conegliano-Valdobbiadene, the most prestigious areas of the Prosecco appellation, this fresh sparkling wine is the perfect sparkler for any occasion. The wine has been part of the Tommasi portfolio since 2012, when the winery celebrated its 110th anniversary; it was important to the family to begin producing wine in the area that their home region of the Veneto is perhaps best known for.

Arele is a perfectly balanced example of the appassimento style, with concentrated flavors and full body that nonetheless does not overwhelm, thanks in part to the Tommasi family’s use of exclusively Slavonian oak.

This easy drinking red is a pure expression of Merlot from Northeast Italy with mineral tones as well as flavors of plump cherry, blackberry jam and almond. Le Prunee is a single-vineyard Merlot grown at the Prunea estate in the Sant’Ambrogio valley of Valpolicella Classica.

This Valpolicella Pinot Grigio can be described as sitting between the richer, more concentrated Pinot Grigio from Friuli to the north, and racier styles from the Veneto at large. The nose is spicy with hints of tropical fruit, the flavors clean and crisp, and the body round and soft with a crisp finish.

Ca’ Florian is the feather in the cap of the Tommasi family’s production in Valpolicella. Amarone Riserva “Ca ‘Florian” is made with selected grapes from one of the oldest vineyards owned by the Tommasi family. The grapes come from vines with an average age of 30 years.

Tommasi’s traditional approach to Amarone favors elegance and balance, with deep fruit complemented by spicy, earthy flavors. The grapes come from the family’s choicest plots in the Valpolicella Classica region. Through its commitment to quality and tradition, Tommasi has established itself as one of the principal ambassadors of Amarone in the world.

This wine is made by refermenting the juice from the Valpolicella on the warm Amarone grape skins, in the typical “Ripasso” method, which imparts a rich character and personality to the wine. The grapes for the Ripasso Valpolicella are sourced from three of most prestigious Tommasi vineyards: Conca d’Oro, La Groletta and De Buris.

This Valpolicella comes from the historical Tommasi family vineyard, Rafaèl. Perfectly situated on one of the region’s most famous hills, Monte Masua, it produces what may be the best grapes for the production of Valpolicella Classico Superiore.

Le Fornaci hails from Lugana, a trendy, growing appellation on the southern shores of Lake Garda. Tommasi has long owned an estate in the village of San Martino della Battaglia, where they produce elegant white wines made from the indigenous and largely unknown Turbiana grape.

De Buris is a timeless wine and a new classic. It is the culmination of the talent, passion, patience, and discipline of the Tommasi family in making Amarone, and an homage to the
Valpolicella region and its great winemaking potential.

- "Introduced this year, De Buris Riserva is the culmination of a project that began in 2000 when Tommasi acquired 4.5 acres in La Groletta, a vineyard at the top of La Grola hill, and purchased Villa De Buris, a 14th-century estate that will become the family’s headquarters. The 2008 De Buris aged in large Slavonian casks for seven years, developing notes of mushroom, dried leaves and savory spices that complement the flavors of dried plum and fig. It’s a lithe, elegant Amarone that would partner well with aged sirloin."

- "Extremely attractive aromas of dried fruit, prunes and sweet almonds follow through to a medium to full body, soft, juicy fruit and a flavorful finish. Shows depth and beauty on the finish. Balanced and lovely now."

- "Dried redcurrants and strawberries meet fragrant tea leaves and mooncake character. Medium body with a beautiful sweet-and-sour character and a tangy finish with a touch of dried fruit."

"A breadth of cherries, cooked plums and prunes, off set by the charm of Indian spice and an oaky, tannic core." 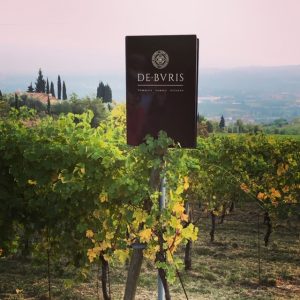 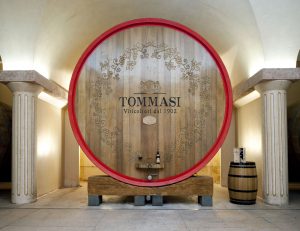 April 27, 2020 - We had the pleasure of speaking live with Pierangelo Tommasi, the Executive Director of Tommasi Family Estates.  VINTUS’ Michael Gitter spoke with Pierangelo over a virtual shared glass of the… 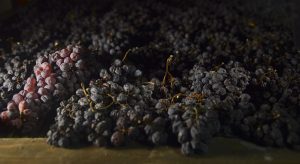 December 11, 2019 - As many publications reflect on their most memorable bottles of the year, VinePair has released their top 50 for 2019, including the Tommasi Amarone Della Valpolicella Classico DOCG 2015 at… 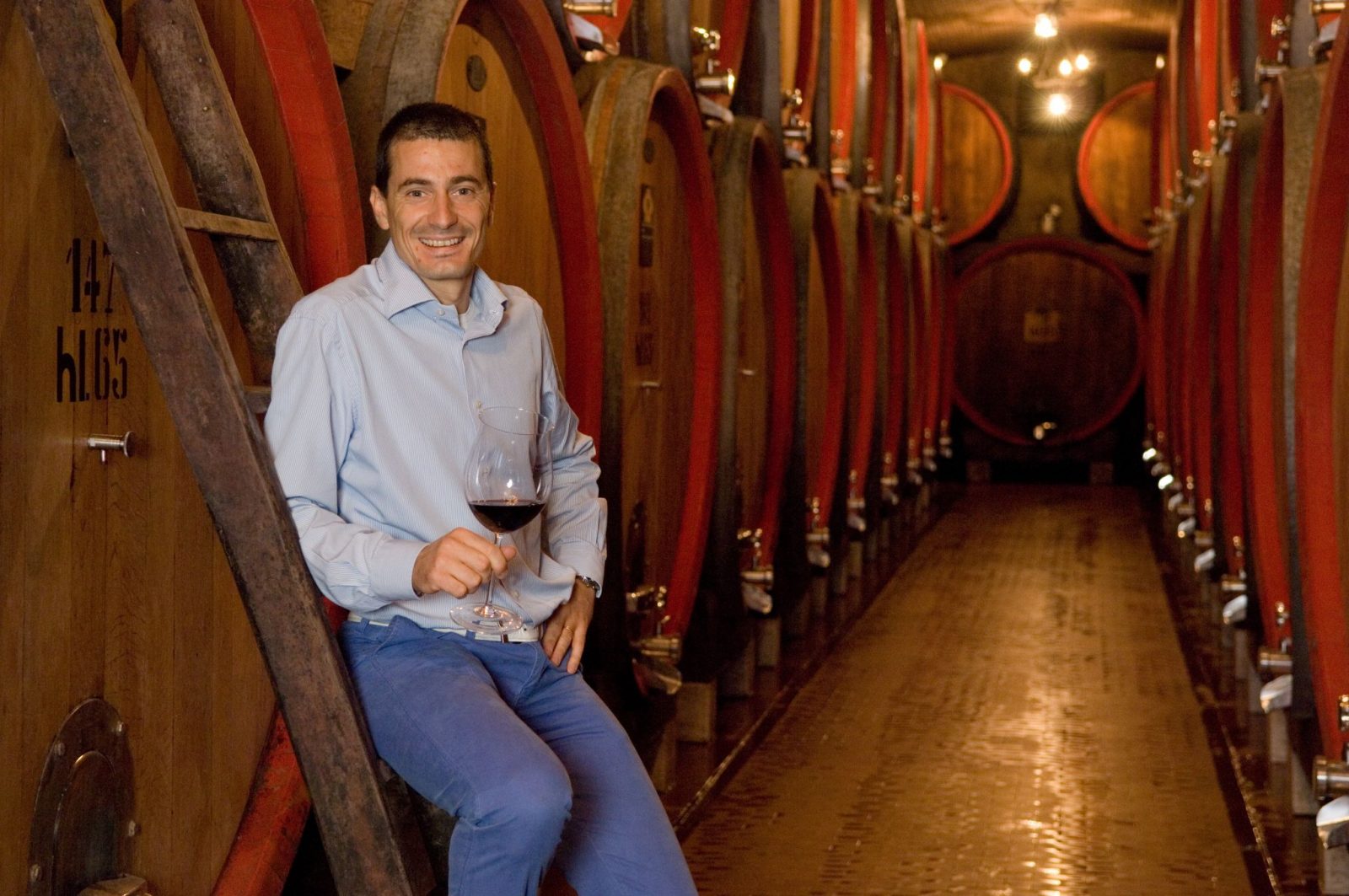 Pierangelo Tommasi is the Executive Director of Tommasi Family Estates. He is one of nine members of the current fourth generation of this historic winemaking family, six of whom run the wine business and two of whom run hospitality. Pierangelo inherited a passion for wine from his father and uncles, who from the time he was a small child took him through the vineyards driving the tractor and to harvest grapes.

As soon as he finished his studies, Pierangelo went to work full-time at the estate. He started his training as a warehouse worker, working his way up in the company to his current position overseeing exports and marketing. Today he is one of the family’s key members, also guiding the business strategy and development of the Tommasi brands. Pierangelo is married with two small children and a pampered golden Labrador; he indulges in his passion, soccer, as both a player and a fan. 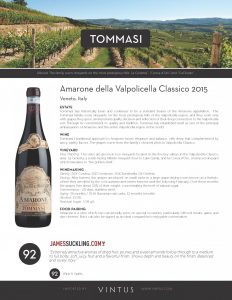 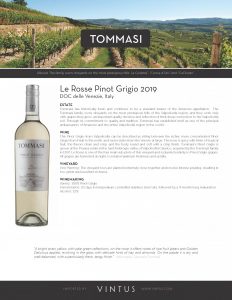 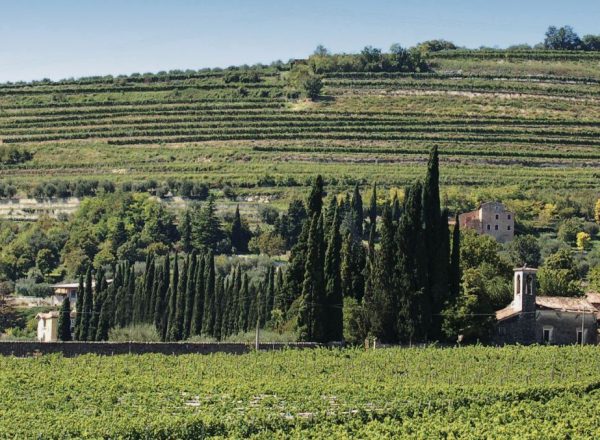 November 1, 2018 - A video voyage to the Tommasi family's five estates across the Italian peninsula.

November 1, 2018 - A journey through Valpolicella - in Verona, to discover the heritage of the Tommasi family and the soul of Amarone by the gestures of the best Italian artisans. 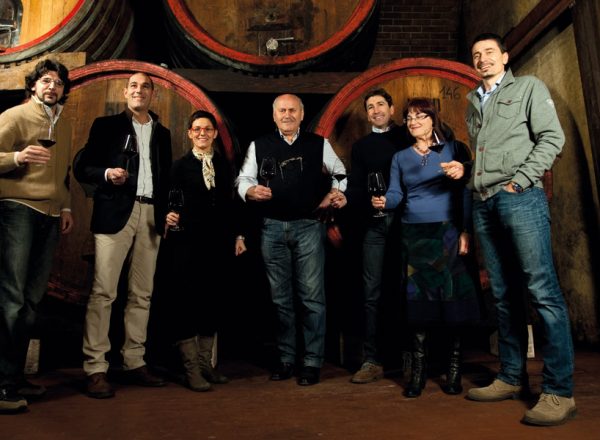 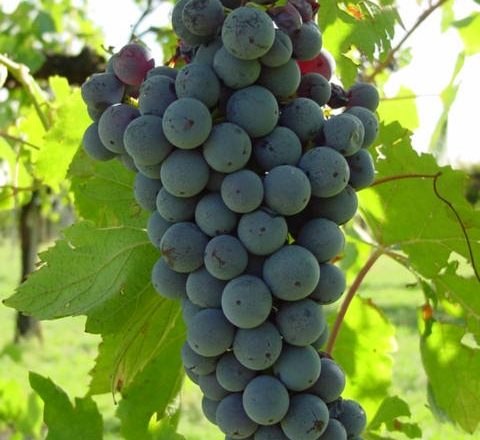 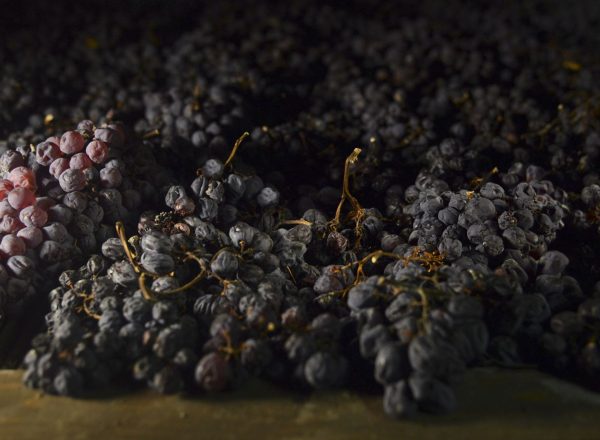 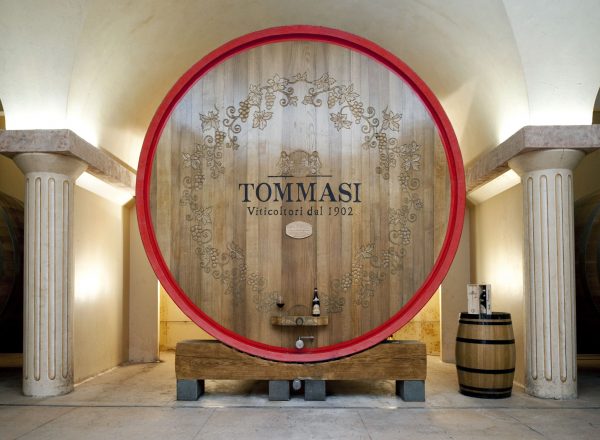 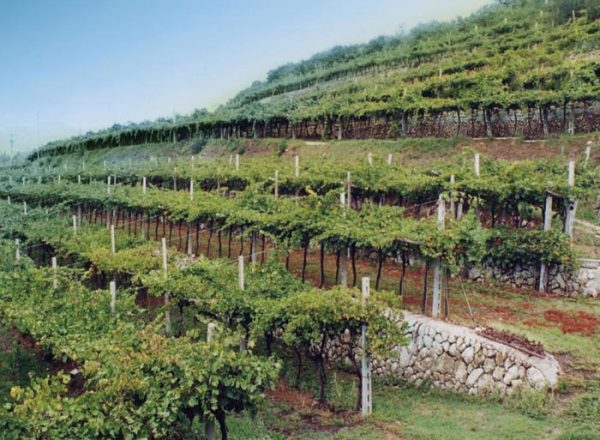 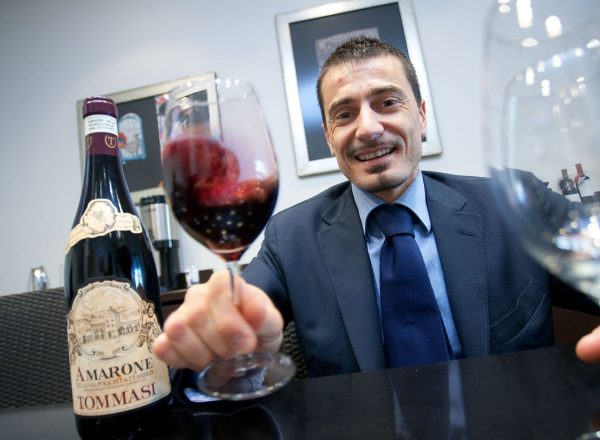